Vodka Day is a great time to raise your glasses to one of the world’s favourite alcoholic drinks.

While vodka is often associated with Russia, and some of the finest and most expensive vodkas in the world come from there, it is a drink that is produced in many countries and enjoyed all over the world.

Vodka is the Slavic word for ‘little water’ and is traditionally made by mixing water with distilled grains or potatoes, although today many popular brands add flavourings such as fruits and sugars.

Vodka has its roots in the Russian word, “voda,” which means “water.” Although Russia and Poland have a fierce rivalry over who actually invented vodka, it’s rumoured that the drink was first produced in Russia in the 9th century.  French and Russian soldiers scattered throughout Europe during the 19th century’s Napoleonic era, eventually popularised the drink.

It wasn’t until after WWII that the popularity of vodka began to grow all throughout the world, particularly when it landed firmly on the shores of North America. Although it was originally almost tasteless and odourless, over the last decades that has changed. Creative differences in flavours, aromas, combinations and varieties have taken over the production of vodka around the world. But its neutral flavour has continued to contribute to its popularity as it makes an incredible base for a host of different mixed drinks and cocktails.

Purists of this distilled drink are known to only enjoy vodka neat, but it makes the perfect mixer and is the main ingredient in many favourite cocktails, including the martini, the screwdriver and the Bloody Mary.

The Moscow Mule, Cosmopolitan, Vodka Gimlet, White Russian and so many more drinks have become standard for bartenders at restaurants and in homes all throughout the world. All thanks to Vodka.

Today, vodka is the most widely consumed spirit in the world — quite the accomplishment! 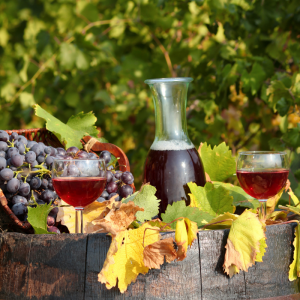