The art of creating Hennessy Very Special reveals surprising parallels with the world of dance. Using motion capture technology, Maison Hennessy preserved the exhilarating energy of Les Twins’ live performance and transposed those digital images into an original limited edition design. For the first time, a single limited edition is represented by two complementary graphic designs: each bottle features a likeness of either Laurent or Larry.

The eaux-de-vie used in the V.S are aged between two and eight years. Selected for their vivacity, they are matured in young oak barrels until the cognac achieves the signature consistency and quality that is synonymous with the Hennessy name and the Very Special style.

Recognized internationally for their new-style hip-hop dancing and their captivating, energy-filled freestyles, Laurent and Larry Bourgeois, known professionally as Les Twins, have gained an international reputation.

Whose moves, can’t be tamed

The self-taught talents draw their inspiration from what is in the air and on the airwaves, picking up classical moves and incorporating them into their repertoire to light up dance floors with their freestyles.

Just as an exceptional cognac comes from blending many unique eaux-de-vie, freestyle performing requires harmonious movements, a unique assembly based on skill and instinct. Both arts demand precise gestures, boundless energy — and a spark of genius.

“Visiting the Château de Bagnolet was like walking into a chapter of French history. And we knew we wanted to create something completely new because the Maison has such an incredible story, with so much passion behind it. Believe it or not, their saga resonates with the story of Les Twins, 250 years later.”

PARALLELS WITH THE WORLD OF DANCE

In the vineyards, distilleries, and Founder’s Cellar in Cognac, Les Twins found inspiration in not just one aspect but the entire art of making Hennessy Very Special cognac, from earth and vine to barrel and glass. The initiation to a craft spanning centuries served as a creative trigger for a freestyle dance interpretation of the six principal stages of cognac-making and the wonder Les Twins experienced at Hennessy.

Dancer duo Les Twins have performed for Beyoncé, Meghan Trainor and Missy Elliott. Now, long-time collaborator Hennessy celebrates their compelling energy with two motion-filled labels for its Very Special cognac. Dancers, choreographers, creative directors, producers and models, identical twins Lil Beast and Ca Blaze were born and raised in a northern suburb of Paris, but they have taken their unique dance style to the world. 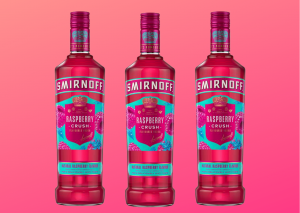 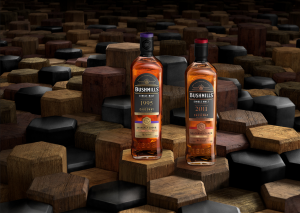 16th August 2021 / 40
Bushmills® Irish Whiskey has announced the release of the American Oak Cask Finish, the second in a series of exciting and innovative whiskeys from the... Continue reading 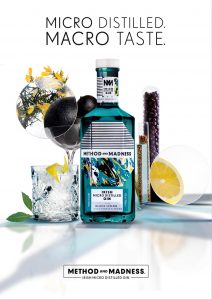 17th May 2019 / 619
"Combining knowledge and tools of the past with skills of the present to create a gin for the future." Henry Donnelly, Apprentice Distiller While most... Continue reading